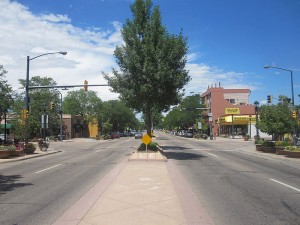 Located in Boulder County, Longmont is just northeast of Boulder and a mere 33 miles north-northwest of our State Capitol in Denver. The word “Longmont” comes from Longs Peak, a prominent mountain named for explorer Stephen H. Long that is clearly visible from Longmont, and “mont”, from the French word for mountain.

Quick History: Longmont was founded in 1871 by a group of people from Chicago. It was originally called the “Chicago-Colorado Colony” where memberships in the town were sold to purchase the land needed for the town hall. This agricultural community was the first planned community in Boulder County complete with grid streets inside one square mile.

In the 60’s, the government built and air traffic control center in Longmont as well as the inception of IBM’s large factory just outside of town, between Longmont and Boulder. As time went one, Longmont became attractive to high tech companies such as Amgen, Seagate and GE to name a few. 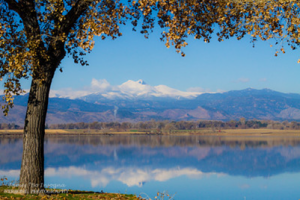 As Longmont’s population and popularity grew, numerous parks, downtown improvements and greenways have been implemented to further increase the quality of life and attraction to the area.

In more recent years, Longmont has become a very large player in the “Micro Brewing” industry with such national names as Lefthand Brewing and Oskar Blues as well as a slew of smaller producers such as The Pumphouse Brewery, 300 Suns, Mountain Sun and even small batch distilleries producing many unique distilled spirits.

Attractions: Aside from the national interest in our breweries, there are several other things that help put Longmont on the map. For the outdoor enthusiasts, it is our proximity to the Rocky Mountains and our large amounts of recreations open space. At any point, you are within a 5 min drive to an open space, city park, river greenway trail, nature preserve and more. Driving as little as 15 minutes to the west and you will find yourself immersed in the foothills and forest of the Rocky Mountains. World Class fly fishing, mountain climbing, mountain biking, hiking, kayaking and more are at our fingertips. 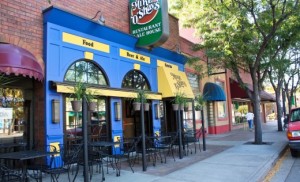 Into food? Don’t miss a stroll down our historic downtown between 3rd ave and 9th ave on Main St. Nestled between boutique shops, art galleries, music stores and more you will find a delightful mix of food to soothe any palate. Irish Pub Fare, NY pizza, Deli’s, Authentic Mexican and much much more… all within walking distance to East and West Side Old Town Neighborhoods.

Why are we CRAZY about Longmont?